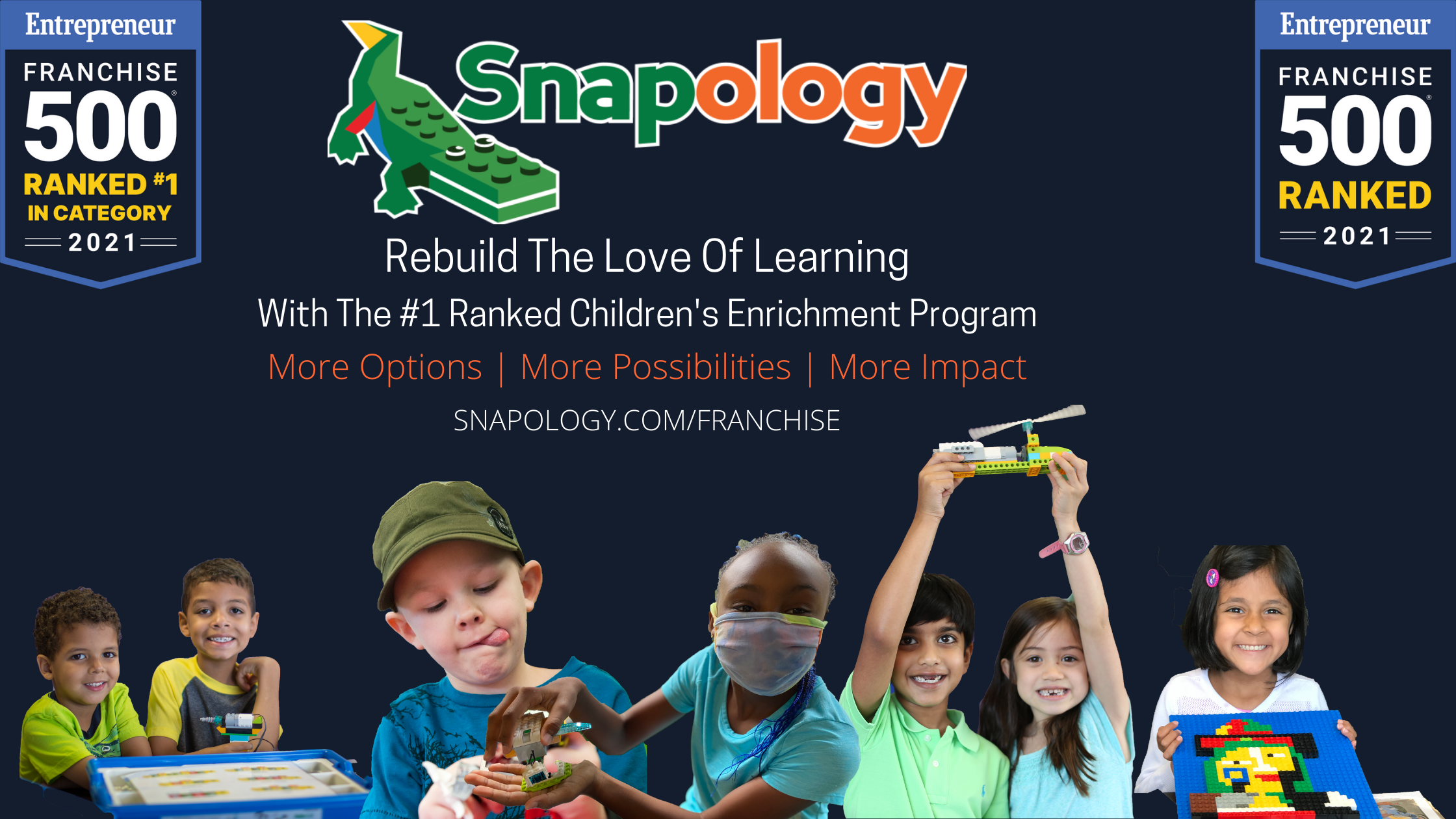 Snapology recently ranked in Entrepreneur magazine’s Franchise 500®, the world’s first, best and most comprehensive franchise ranking. Placement in the Franchise 500® is a highly sought-after honor in the franchise industry making it one of the company’s most competitive rankings ever. Recognized as an invaluable resource for potential franchisees, the Franchise 500® ranks Snapology as 114 for its outstanding performance in areas including unit growth, financial strength and stability, and brand power. Snapology was notably ranked as the number one franchise in the children’s enrichment category.

“2020 was a challenging year for everyone, but it was also a year of unusual opportunity,” says Jason Feifer, Entrepreneur editor-in-chief.“Franchises were able to be nimble and innovative, serving the needs of franchisees and customers in ways that will resonate for many years to come. We believe that, when we eventually look back on this time, we’ll see it as a moment when many brands defined themselves for the future.”

Snapology was quick to adapt to changing circumstances in 2020 which led to their success. By immediately offering virtual programs and engaging activities for their communities, Snapology was able to cement themselves as not only the top children’s STEAM franchise but as the top overall enrichment franchise. “As we began to see Covid-19 impacting children and schools, we started brainstorming ways to adapt to offer solutions for our communities and our franchise owners,” said Snapology CEO Laura Coe“adaptability and support are hallmarks of our brand and ultimately what landed us at the top of this list.”

In Entrepreneur’s continuing effort to best understand and evaluate the ever-changing franchise marketplace, the company’s 42-year-old ranking formula continues to evolve as well. The key factors that go into the evaluation include costs and fees, size and growth, support, brand strength, and financial strength and stability. Each franchise is given a cumulative score based on an analysis of more than 150 data points, and the 500 franchises with the highest cumulative scores become the Franchise 500® in ranking order.

Over its 42 years in existence, the Franchise500® has become both a dominant competitive measure for franchisors and a primary research tool for potential franchisees. Snapology’s position on the ranking is a testament to its strength as a franchise opportunity.

To view Snapology in the full ranking, visit www.entrepreneur.com/franchise500. Results can also be seen in theJanuary/February 2021 issue of Entrepreneur, available on newsstands January 26th.