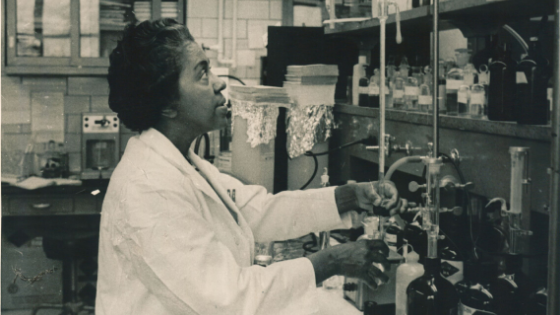 In honor of Black History Month, we want to celebrate some of the most influential and visionary African American men and women in STEM history. These remarkable African American scientists, engineers, physicians, mathematicians and inventors have dedicated their lives to advancements in STEM fields. By breaking racial barriers, battling injustice, and paving the way for black opportunities and growth, these individuals serve as inspiration for the next generation of innovators and leaders and for the future of STEM in America.

Daniel Hale Williams 1856-1931 – Daniel Hale Williams is celebrated for his trailblazing efforts in the medical community as the first physician to successfully perform open heart surgery in the United States. At the time of Williams’ introduction to the medical community, African Americans were banned from care and black doctors were refused staff positions at established hospitals. Williams firmly believed that all US citizens should have access to modern health care and became the founder of the country’s first interracial hospital, Provident Hospital and Training School for Nurses. In 1893, Williams was documented as the first surgeon to successfully perform open-heart surgery while repairing a stab wound.  He later became chief surgeon of the Freedmen’s Hospital, a hospital which provided healthcare to former slaves. During his tenure at the Freedmen’s Hospital, Williams worked tirelessly to improve hospital conditions, modernize their care, and provide career and training opportunities for black professionals.

George Washington Carver 1864-1943 – Born into slavery during the Civil War, George Washington Carver came to be one of the most celebrated botanists and inventors of his time. He was the first black student to attend Iowa Agricultural College and, after facing rejection from other institutions based on his race, he was hired as a professor in the Agricultural Department at Tuskagee Institute, now Tuskagee University.  Along with providing agricultural advisement to leaders like President Theodore Roosevelt and Mahatma Ghandi, Carver developed curriculum and even a mobile classroom to bring to areas that would benefit most from his studies. Carver taught former slaves and farmers about the importance of crop rotation and diversification. He conducted his own groundbreaking research on nitrogen restoration in soil after the overproduction of cotton rendered most of the south’s farmlands depleted and barren. Carter was also known as the “Peanut Man,” having invented over 300 products derived from the peanut, sweet potato, and soybean, all of which could restore essential nutrients to the soil.

Katherine Johnson 1918-Present – One of NASA’s most celebrated physicists and mathematicians, Katherine Johnson completed complex calculations that inevitably allowed humans to achieve space flight. After graduating from college at age 18, Johnson served as a “human computer” in aeronautics in 1952. In 1958, once NASA was formed, Johnson performed countless accurate trajectory calculations for many missions including Apollo 11’s historic trip to the moon. When Apollo 13 experienced malfunctions in space, Johnson contributed to its safe return home. She has been recognized with an array of honors and awards and continues to be an inspiration for black men and women.

Marie Daly 1921-2003 – Marie Daly began pursuing her lifelong interest in chemistry right out of high school and graduated in the top 2.5% of her class from Queens College in 1942. Wartime labor shortages allowed Daly to receive fellowships to achieve her masters from New York University and eventually earn her PhD from Columbia University. Daly is heralded as the first African American woman to earn a Ph.D. in chemistry. Her influential postdoctoral research at the Rockefeller Institute of Medicine focused on histones and how proteins are constructed in the body. Later working alongside Dr. Quentin Deming, Daly conducted groundbreaking work relating high cholesterol and heart attacks which allowed a new area of study regarding foods and diet affecting our health. Throughout her rich career, Daly championed efforts to get students of color enrolled in medical schools and graduate science programs.

Mae Jemison 1956-Present – With a pre-aeronautics career as a general practitioner, Mae Jemison has more claim to fame than the first African American woman to travel to space. Jemison entered Stanford University at the age of 16 and graduated with degrees in chemical engineering and African American studies. She later received her medical degree from Cornell University and worked as a general practitioner for two years before joining the Peace Corps in Liberia and Sierra Leone as a medical officer. When she returned to the United States two years later, Jemison continued her career and education in California. She became inspired by females in the NASA program like Sally Ride and Guion Bluford and noted the lack of African American representation in the space program. She applied to NASA’s astronaut training program and became one of the 15 candidates chosen from 2,000 applicants. In 1987, Jemison became the first African American woman to be admitted into NASA’s astronaut training program. One year later, she became the first female African American astronaut as a mission specialist aboard the Space Shuttle Endeavor. She has since become the recipient of many awards and accolades as a professor, author, public speaker, founder and choreographer.